Well I've been into mountain biking for years and over the last few years I've started entering a few Enduros.

This weekend was the turn of the Dyfi Enduro, so off to Machynlleth myself and the family headed to meet up with a group of mates also doing the event. Had a great weekend, some great beers in a hippy beer tent and then a great ride on Sunday that headed out from Mach and then disappeared into the forest - if it wasn't for my GPS I wouldn't have had a clue where I'd gone!

The event was fantastic. A hell of a lot of forest track climbs (too many!), but the descents well and truly made up for it. Some fast and sweeping, some rollercoastered through muddy pools and one, well it's the first time MTBing that I've ever thought this is stupid. Well they did take us down a descent used on a World Cup Downhill race!! By heck it was steep!

The event is a great laugh. Along the way we met a DJ playing tunes, a steel band and weirdly, Willy Wonka and his Oompah Loompahs!!

Eventually after about 37 miles I crossed the finish line, no idea what position yet but it was great fun all the same.

As for the route, check out the following link but look at that profile!!!

A few pics from the ride.
There were some professional photographers along the route. It'll be interesting how they come out ... I tried to smile but it probably didn't always work!!! (especially on the downhill section!)

At the start with my mate Glen.

On the ride out through Machynlleth.

Glen and me at the final finish line.

Me and my mug!

Glen and me and the awarded mugs!

Finally, do you think my bike will ever come clean again?

Well I think the professional photographer really captured my enjoyment of the event!!

Well last weekend it was the turn of the Coed-y-Brenin Enduro, effectively there was a route choice of 30, 45 or 60km on the Sunday. My mate and I headed off for the 60km route but cut it short as our legs were knackered and opted for the 45km route.

I completed it in a cycling time of 3hrs49, average speed 11.29 and maximum speed of 63kph. Officially my finish time was 5hr14mins but my time doesn't include rests. My mate was about 30seconds behind me.

The Saturday was fun because for the first time they ran a Nippers and Rippers Enduro for the kids. They had a choice of 5, 10 or 15km. Needless to say but my two (age 10 + almost 12) opted for the 15km and finished it with a lot more ease and grace than my wife did. My wife chickened out on a lot of the singletrack trails and walked sown the route whilst the kids cycled it all. In fact to be fair to the kids, they were cycling down gnarly, rooty, rocky tracks that I saw adult riders walk whilst on the main enduro the next day!

Part way round the Minotaur Trail:

At the finish with their winners mugs:

I really do love my family adventures and our biking!
Top

I've just single-speeded one of mine ready or the winter as I've hardly been out all year !
Top

Me at Whistler in Vancouver... 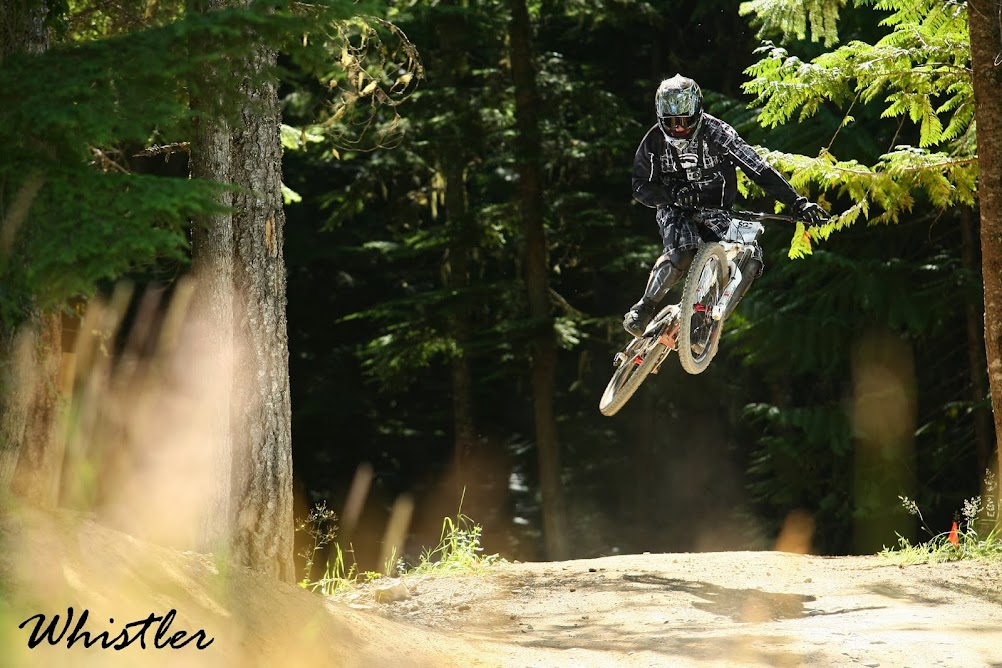